A excerpt of my WIP

An excerpt from my work in progress:

Across the floor of the café, Jeanne wrestled with the program with which she laid out her permaculture gardens. In particular, the app balked at selecting a single clump of plants in a permaculture guild, and instead she lifted the entire 2-acre garden diagram off ground level and into the impossibly blue sky. She needed a better computer, one which could handle the graphics better. She sighed and turned back to her computer. When she glanced up after a few more painstaking minutes of moving the clumps of greenery, she spied a young man sitting across from her. She knew his face: the unruly straight black hair, brown almond-shaped eyes, a sensuous mouth. The slam poet. The man who had looked over at her earlier. 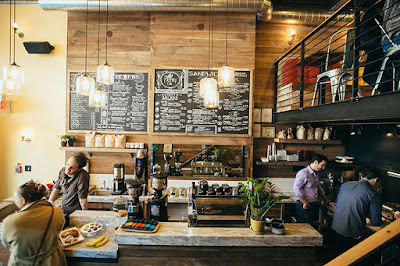 “I’m Josh Young,” he announced in a light, dry tenor. “I’ve seen you around here. I hope I’m not interrupting you.” He grimaced; she chuckled when she saw his rueful expression. “Was that as awkward as it sounded?”

She silently applauded his straightforwardness. “I’m Jeanne Beaumont,” she replied, extending her hand. He gripped her hand firmly, which she appreciated. His grip fitted with his graceful movement. “But I think you know that, for some reason.” She caught his eyes; he grinned.

“Green Things and Felicitations,” Josh chuckled. “The episode with the Jeannie Beans.”

“I remember you. You went to my Thursday Night Lecture — ” Jeanne scrutinized the young man, trying to discern his motives for meeting her.

“Three years ago,” Josh responded. “My senior year. I went to grad school from here to get a double Master’s — MFA and MS in English. Then I came back here. I’m in the Writing and Languages Department. I teach Composition and wrangle the Slam Poets Society.”

Jeanne calculated in her head — Josh had to be 25 or 26. Twenty years younger. So, are you waiting for someone? Or are you here to talk to me? she wondered to herself, thinking how unlikely the latter would be. Reflexively, she swiveled around to check whether a cluster of young, ragged poets stood in the background laughing behind their hands at the scene. To her relief, she saw none.

“No, actually, I came here alone — I felt restless, so I came out here to check out the scene.”  Josh looked up at her, his mouth quirked. “Am I disturbing you?”

Only as much as darling young men usually do, Jeanne reflected. “Not at all. Would you like to join me for the music tonight? We can drink coffee together.”

She thought she heard the answer in his grin. Illogical, she thought. Just like the whiff of apple blossom that wafted by.

Posted by Lauren Leach-Steffens at 6:32 AM

I believe that everyone here comes with good intent. If you come to spoil my assumptions by verbal abuse, excessive profanity, spam or other abuses I had not considered, I reserve the right to delete your notes or delete your participation. I am the arbiter of what violates good intent.

My name is Lauren Leach-Steffens, and I'm a writer. When I'm not a writer, I am an associate professor of family resource management at Northwest Missouri State University. I do a lot of soul-searching when it comes to modern culture, writing, and callings in life. I have one husband; I am owned by four cats.